10 Things I Hate About my Addiction

There are many things that I hate about my addiction and addiction in general. Over the next two weeks I'll discuss ten of them—but the reality is that the list is longer than that.

The thing that I hate the most about my addiction is the absolute devastation that it has caused my wife, my children and myself. Pornography is human suffering: for those that use it, those that create it and anyone close to them. When my wife, Lisa, learned of my habitual sin, hidden with lies and deceit, it nearly cost her life. It has been years since I acted out, but the consequences of my betrayal still play out for my wife, my children and myself every day.

When you come out of a life of sexual sin, you have to face that you are surrounded by wreckage and debris on all sides. It is hard to fully grasp the extent of the damage done. Many of the remaining nine points that follow just describe more fully the debris-laden landscape of sex addiction.

Some examples of the wreckage include:

For Lisa, it meant that every good memory of our marriage was potentially a lie. Our photo collection became a field of land mines. We lost our shared history because so much of it was a lie.

I was a poisonous person to my family. Like many sex addicts, I showed my best side to the world while being toxic at home. I was angry, demanding and blamed my pain and unhappiness on others. This has created relational wounds in my wife and children that will take a miracle of God to heal fully.

The lies that I hate take two forms.

Lies I Have told

The first kind of lies that I hate are the lies that I have told. The first sex addiction specialist that I went to see said to me, "Wives can forgive almost anything, except for lying." I hate the lies that I have told and the effect that they have had. Lisa must now live the rest of her life wondering, "is he telling the truth THIS time?". The only thing that I can do is to be consistent in living out the changes that God is making in me, year after year. Consistency, in the good sense, does not come easily to the addicted. It absolutely requires a work of God.

The second form of lies that I hate are the false beliefs that warp our identity. My wife Lisa struggles with believing lies that she is ugly, worthless and "less than." Those are some of the things that I told her when I lied and betrayed her. Any time I withdraw or choose not to connect with her, those lies take on fresh life.

For myself, I battle with a with a collection of lies that took root in my childhood. Only through connection with others and God can we replace those lies with the truth.

I really hate fear. It has haunted me all of my life. I identify too well with Charlie Brown in, "A Charlie Brown Christmas" where Lucy diagnoses him with a "fear of everything." My addiction to lusting developed as a way to control my anxiety when living in a large city. By the time I met Lisa, my life was a patchwork of coping skills for dealing with anxiety, fear and shame.

For the addict, fear can interfere dramatically with your recovery. Our brains actually erase memories of things that happen while we are afraid. Many sex addicts, including myself, have a fear of intimacy. By the time our addictions come into the light, we have created a situation where we must learn to be intimate and vulnerable in a situation that feels profoundly unsafe.

Fear affects our brains in many unpleasant ways. Fear causes us to move out of the rational frontal lobe of our brain and into more primitive parts. When that happens I have to struggle to think rationally and communicate. We have to learn how to be present when our wounded spouse shares her pain and disappointment.

Fear also causes our brains to release cortisol which erases recent memories. It is very frustrating to make an effort to be intimate and vulnerable only to have our brains erase what we learned in the process. I had to resort to taking notes in intensely emotional situations. It can be immensely frustrating for a wife to express herself only to find out that her husband cannot remember anything that she said later. A man sitting there taking notes can be triggering to the betrayed wife too, but it is more honoring than the alternative.

Next week Michael continues this series with a look at anger, shame, depression, broken trust and more.

This week's song, like last week's, is from New Zealand's Derek Lind. Thank you to all of you who have been praying for our country in the wake of this week's series of massive earthquakes that continue to wreak havoc on the lives of many. 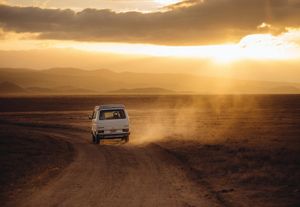