Now, it is not hypocrisy for an addict to warn others away from the source of his problem, be upset with others’ acting out, etc. Where it starts to become hypocrisy is when the addict speaks of it as “someone else’s problem” but not his own. When we warn others out of a place of vulnerability, we are being completely authentic and our warnings can help. When we work, hypocritically, out of a place of feigned strength, our warnings may help for a time; but when we are found out, we will likely do immense damage in the lives of those we intended to help.

When we are living in a way that runs counter to our values, it creates what therapists call a “cognitive dissonance.” This in turns results in psychological pain, or at least unrest.

As it turns out, men, with their greater ability to compartmentalize seem to be better able than women to cope with cognitive dissonance. However, I once heard Dr. William Struthers’ talk about the fact that men push this ability to compartmentalize (i.e., separate various parts of their lives) beyond what it was created to do. God made their brains capable of setting aside numerous issues so that the current problem can be focused on and solved. He did not make their brains capable of living a complete double life. I believe that when they try to do so, for a prolonged period of time, it damages their soul. 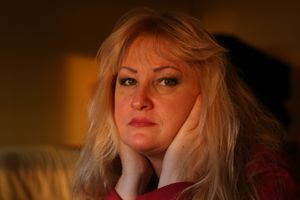