Today we move into the results of my Masters in Counselling study on domestic violence in the lives of partners of sex addicts. If you're reading this post and you participated in the study in any way, thank you so much.

I'll begin today by telling you a little more about the participants of the study and then we'll move into the unfortunate findings. In the weeks to come we'll dig more into what these findings mean and how these they are a call for the therapeutic community to make changes to treatment models for partners of sex addicts and also sex addicts.

Of the 558 women who completed the survey (the “participants”), their ages are broken down in Table 1 below. Fifty to fifty-four was the most commonly selected option, while only one participant identified as being in the “under 20” category.

Four hundred nineteen of the participants (75.1%) were currently still co-habiting with their sex addict spouse or partner at the time of participation in the study. When asked how long they had been in relationship with their spouse/partner, the most commonly chosen response was 30+ years (25.6%). See Figure 3 below for more results.

WHO distinguishes “severe IPV” from IPV in their 2013 study. Their definition of severe IPV is any sexual violence or any severe physical violence. Of the 558 study participants, 47.5% would be categorised as experiencing severe IPV. Most of these participants have experienced the type of violence they reported more than once.

As already mentioned in the methodology section of this paper, the measure for coercive control, resulted in data for “current” control issues only. That is to say that the question was worded in the present tense, i.e. “In your relationship with your current/most recent SA husband/partner, would you say it is generally true that he…” with various forms of coercive control following to complete the sentence (for the precise wording, see the first item in the appendix which contains the survey questions). A total of 63.4% of the participants stated that they are currently experiencing some type of control with their SA partner or spouse. For more information on the types of control being experienced by participants see Figure 6 below.

The form of violence most commonly experienced by participants in this survey was emotional violence with 87.5% reporting having experienced one of the four forms of emotional abuse—insults, humiliation, intimidation and threats of violence—listed in the survey.

In terms of current, as opposed to historical, emotional abuse 62.7% of the participants said they had been insulted by their SA husband in the previous 12 months, 34.4% had been humiliated, 38.9% had been “purposely intimidated” (“e.g., by the way he looked at you, by yelling and smashing things)” and 10% had experienced their husband “threaten to hurt [her] or someone [she] care[d] about.”

In the WHO multi-country study (Garcia-Moreno et al., 2005) the researchers distinguish between moderate violence—i.e., experiences of being slapped, having an object thrown at one, or pushed/shoved­—and severe violence. In total 191 participants (34.2%) had experienced moderate levels of physical violence, while 83 (14.9%) had also (or “only,” in a few cases) experienced severe levels of physical abuse. Questions that captured women’s experiences of severe violence can be seen in Figure 10 below, along with the number of participants who reported experiencing each of these forms of violence and the frequency with which they reported the violence occurred.

We will continue looking at the results of the study next week. In meantime consider doing some quieting/grounding exercise, or reach out to a support person if you've found this reading difficult. Domestic Violence in the Lives of PSAs: Part 4 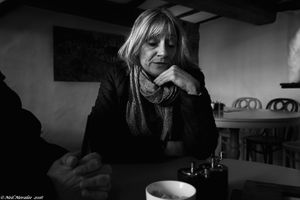