There is an interpretation of Scripture that suggests that using pornography is not grounds for separation or divorce. Christian women betrayed by their husbands in this manner may be told it is unbiblical to leave or divorce. It is important for us to examine what Scripture says about divorce so that we can give wise counsel. In this article I will show Jesus allows for divorce because of sexual immorality and share some Scriptures that reveal God’s grief over unfaithfulness.

A wife or husband who has been harmed by their spouse’s serious sins carries the burden of identifying how to move forward. Remaining married to someone who is more committed to their sin than their marriage is painful and costly, but divorce brings its own suffering. To help wounded wives or husbands who seek our advice we need to have a good understanding of some key Bible passages.

Viewing pornography—consuming sexually explicit material for self-gratification— may be as soul destroying, if not more so for the marriage partner, as an extra-marital affair. A husband viewing pornography is neglecting his wife and violating her trust. In addition to the trauma of betrayal is the pain of the lies, manipulation and deceit. The flow-on effect impacts every area of their relationship. Furthermore, pornography users are engaging in an industry that abuses its content makers and its users. An industry making money from sexual exploitation that dehumanizes people, objectifying them for selfish passion.

“Pharisees came up to him [Jesus] and tested him by asking, “Is it lawful to divorce one’s wife for any cause? They said to him, Why then did Moses command one to give a certificate of divorce and to send her away? He said to them, Because of your hardness of heart Moses allowed you to divorce your wives, but from the beginning it was not so. And I say to you; whoever divorces his wife, except for sexual immorality, and marries another, commits adultery.” Matthew 19:3, 7-9

Jesus speaks on divorce on two occasions.  When we examine the context we see Jesus’ care and protection of women, in contrast to the religious and civic leaders of the time.

In Matthew 5, Jesus teaches on exemplary living and true righteousness of the heart. He tells his audience that he is fulfilling the law and warns against relaxing any of the commandments (v. 17-20).  Jesus expands the eighth commandment in two ways. Firstly, as sin is birthed in the heart, lust is as much a sin as physical adultery. Jesus calls his hearers to take seriously the temptation to harbour lustful desires. Secondly, divorce when there has been no sexual immorality, causes the innocent party to commit adultery if they remarry (v. 27-31).

In Matthew 19 Jesus answers questions on divorce by reiterating the intention of marriage. The Pharisees test Jesus by asking;  “Is it lawful for a man to divorce his wife for any cause?” The background to their question helps us understand and interpret Jesus’ answer. Within the Pharisees there were two schools.  The school of Hilliel interpreted Deuteronomy 24, “because he finds something objectionable about her,” to mean a husband could divorce his wife for “any cause” putting emphasis on ‘something’.  The school of Shammai, put the emphasis on the word “objectionable” and only allowed divorce when there had been sexual immorality and unfaithfulness.

Jesus took his hearers back to Genesis and the first marriage to underscore the importance of fidelity in marriage. “Two shall become one flesh,” — two formerly unrelated individuals become kindred, blood relations. Man, (including the marriage partners), may not separate what God has joined together. Jesus does not endorse “any cause divorce” but he does uphold the law’s provision for divorce when there is sexual immorality. “Because you are so hard-hearted” (v.8), in the case of hard-hearted disobedience, separation or divorce becomes inevitable.  Chronic hardness of heart is grounds for divorce when there is a serious sin issue, a serious breach of the marital bond, a serious trust breakdown. Jesus’ permission does not constitute an excuse to escape a difficult marriage, but it does exonerate those who genuinely wished to save their marriage but were unable to do so because their spouse’s unrepentant adultery, abandonment or abuse de facto destroyed the marriage.

In Matthew 5 and 19, Jesus affirms the dignity of women. Objectifying women for your own gratification is not living a righteous life and must be dealt with (Matt 5: 29-30). No cause divorce was unjust and left a woman vulnerable. In contrast to the Pharisees, and Palestinian 1st century values, Jesus seeks the wellbeing of women and wives.

To be continued next week... 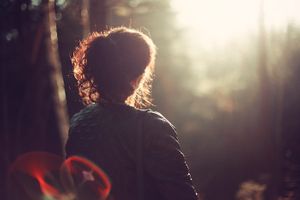