The title of this posts reflects one of the most haunting questions betrayed partners are confronted with. Do we "up and leave" once we find out about the porn/sex addiction or other betrayal... or do we stay?

I've seen women from all walks of life grappling with this one. The problem is that frequently neither alternative looks very attractive. Go... and give up what I've worked on for years (sometimes decades)? Go and risk financial ruin, ongoing loneliness, seeing our children suffer...? Stay? And never sleep through the night again (because my adrenaline shoots through the roof whenever I'm in the same room with him). Stay... with a person who has proven they do not have my best interests at heart, no matter how much I love them and put their needs before mine? Stay and experience more lying, hiding and (possibly) abuse, disregard and rejection?

How is a woman to choose between these two (possibly) dire alternatives? And yet, somehow not choosing almost feels worse than either alternative. We end up suspended between two "hells," suffering more than if we just knew what to do.

It's the absolutely wretched pain of this "gap" place (as Lynda Ward calls it in this earlier blog post), that makes it feel so urgent to most betrayed wives to work this one out. After all we want to make plans for our lives, and its hard to do that if I don't know what house (or city) I'll be living in, whether I'll be changing jobs (or looking for one), and who will be "my people" next month. Younger women need to make plans about having children. Older women need to make plans for retirement. There is no season of life where "not knowing whether to stay or go" feels good.

On the cross with Jesus

In a recent podcast, Peter Scazzaro, pastor and author of Emotionally Healthy Spirituality reminds us that Jesus told his disciples:

"Whoever wants to be my disciple must deny themselves and take up their cross daily and follow me." —Luke 9:23

He goes on to say, "The cross is the pattern for our lives." Then he asks his audience:

"What is the cross God has put before you now? Let me give you some examples so you can identify one.. you're struggling with loving your enemies... it may be that it's something you need to do right now, and you know it's the right thing to do... and you may have some hard consequences for that... maybe you have to confront somebody... or maybe break off a relationship, and it's hard and you're more tempted to run; maybe it's a difficult singleness and maintaining your purity; maybe it's a marriage, and you want to run from your marriage, and it's the hard work of being in it... [maybe it's ]the terror of abandonment..."

Temptations from the cross

In these examples, Scazzaro identifies a number of the crosses betrayed wives end up bearing at some point... including both acting to leave a relationship and staying in one and being Christ-like in that. He goes on to explain that we are tempted, while on our cross, in the same two ways as Jesus himself was on his.

The first temptation that Jesus turned down while on the cross was the temptation to medicate or "distract" his pain away with "wine mixed with myrrh" (Mark 15:23) Now Scazzaro is careful not to suggest an "anti-medication" theology. Rather, he points to the temptation we all face when suffering emotionally to distract ourselves from the pain in some way or other: alcohol, drugs, entertainment, work, shopping, sex and even religion. [some of these are my examples]

The second temptation comes to light in the taunts of the chief priests and teachers of the law surrounding Jesus while he hung on the cross: "Let this Messiah, this king of Israel, come down now from the cross, that we may see and believe.” (Mark 15:32)

Scazzaro calls this "the temptation to hurry" – to do something to end the current suffering. Similar to Jesus' experience with the crowd, betrayed wives tend to hear a lot of loudly voiced opinions about how they could end their betrayal suffering: "just leave him, he doesn't deserve you," " you need to forgive him and move on."

Jesus chose not to medicate away the pain and he chose to ignore the voice around him and stay on the cross. He waited on the timing of the Father, despite the horrific suffering he was enduring. He chose to co-operate with God in his "slower, deeper ways" of working in us.

I hurt with any woman I see hanging on the betrayal cross, trying to figure out if she should be leaving or staying. However, I have personally experienced the growth that comes from "waiting" (waiting in some cases may involve "action" rather than inaction, depending on our cross).

As Scarzzaro says, "When we're waiting on the cross with Jesus, something happens that can happen in no other place... It feels like death... but on the other side is resurrection." 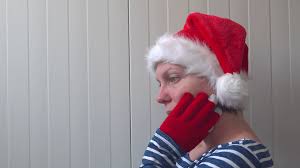 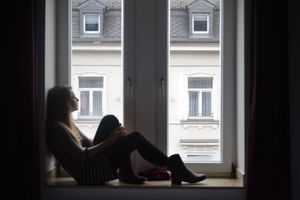