Ask the Experts: Why Does He Do It?

Today's question from a BB community member is: Does sexual addiction impair a person's ability to learn from a guilt, remorse producing behavior? If not, why does a S.A. continue to violate their own moral values?

Many thanks for this question, and to Cat Etherington, head of recovery at Naked Truth Project, for her answer.

Cat says: What I hear in this question are the implicit “why” and “how” questions that so many partners ask. “Why would he not learn from the feelings of guilt and remorse, that he says he has about his behaviours?” “How can anyone see how much they’re hurting someone they love and then keep on doing the exact same thing?” “How, when it’s so against what he says he believes, could he keep behaving in this way?” It doesn’t make sense. For many partners, these are questions to which there are no answers, or at least where the answers feel woefully inadequate in light of the pain and trauma they are suffering. I have often tried to imagine an answer to these questions that would elicit the response “Oh! Right! That makes sense…” and have obviously failed to do so. Addiction does not make sense: not to the observer and often not to the participant either.

To offer any answer at all to these questions requires a trip into addictive thinking and an understanding of the relationship between thinking and actions. The second step of the 12 step programme states that we “came to believe that a Power greater than ourselves could restore us to sanity” which implies that addicts are insane. It has been said that Einstein proposed that “the definition of insanity is repeating the same behaviour and expecting a different result” and, however truthful that attribution, this is a definition that holds true for addiction. People with addictions have most often honed a seriously complex set of cognitive distortions, twisted logic and mental gymnastic abilities, all of which help them ‘feel better’ about their addictive behaviours and allow them to continue, despite negative consequences to themselves and others.

So, let’s talk about guilt, since that’s the question you asked. Guilt is defined, in the Oxford Dictionary, as “a feeling of worry or unhappiness that you have because you have done something wrong, such as causing harm to another person”. There is no doubt in my mind that sex addicts and people with Problematic Sexual Behaviours feel guilt. So then, you ask, why don’t they learn from that feeling of guilt and use it to become better people and make better choices. Here we must discuss the cognitive distortions and ‘thinking traps’ that addicts commonly use to dissuade themselves from such reflections.

1. Rationalisation – I did it for (a good reason)
2. Justification – It’s okay that I did it because…
3. Minimisation – It wasn’t that bad, at least I didn’t…
4. Magnifying – If you understood what I’m dealing with you would do it too
5. Blame – If you didn’t do x I wouldn’t have to do y
6. Entitlement – I deserve this
7. Uniqueness – I’m not like them, I’m different
8. Euphoric Recall – I can only remember the good about previous acting out
9. Victim Stance – My life is so bad I have no choice but to act out
10. Normalisation – everybody does it
11. Denial – Refusing to accept the issue
12. Helplessness – I can’t help it, I’m an addict

All of the above thought patterns, in an addicted mind, have the power to render an otherwise VERY capable and bright human being, incapable of making good, and seemingly logical, choices. This is the very heart of addiction, the way addiction infiltrates the mind, driven by all forms of avoidance of pain and discomfort.

Whilst these cognitive distortions seem to be common to all addicts (and indeed to all human beings to some degree), the other factor here is linked to understanding the purpose served by the addiction. It is, I fear, simplistic to say that addicts love their sin and so these thinking traps allow them to protect it. My experience is much more complicated and nuanced than that. Addictions often serve a purpose, they ‘protect’ the addicted from something, often some deep hurt, wounding and trauma that is carried through life in the semi or subconscious mind. These are the moments of deeply profound healing that I witness each day as people start to connect with their wounded inner child, joining the dots of a seemingly impossible series of random events that result in lack of safety and trust in relationships. Sex Addiction is, I believe, an intimacy disorder, one designed to keep people at arms length, where the risks are more manageable and the likelihood of being hurt and rejected seems less. This, of course, is also a fallacy, another thinking trap that keeps an addict trapped in patterns of relating that feel safe but are ultimately unfulfilling.

We should also acknowledge here the role of shame. The huge irony of SA is the lie that addicts believe, “if people really knew me they could not love me (for I am truly unlovable as I am).” This lie—which has been shown for what it is by the actions of us partners who stay and continue loving—perpetuates the addiction cycle. The pain of it demands to be soothed when it enters awareness. And so, the cycle starts again, the pain needs to be soothed and the choices I have to soothe it are the ones that contribute to the feeling of shame which in turn demands to be soothed… and so it goes on.

So, guilt—a healthy motivation for change—is hijacked by shame, a toxic expression of self-loathing that believes this half-life is all I deserve, and the dance goes on….

As a partner myself, I’ve come to see that the best answer to questions like these—with their implied grief—lies in our own journey through grief. Recognising the language of loss in these confused cries and making space to mourn the injustice, the pain, the confusion, is the way through the “why” and the “how.” You may never be able to fully make sense of what he did, and that is no bad thing. Only an addicted mind could understand the insanity of addiction. But you may count the losses and honour them, you may sit and tend to your soul as you lament the life that could have been, that you thought was and that you hoped would be. Ask the Experts: To Poly or Not to Poly? 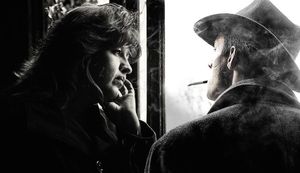