"Co-Dependent:" Not Healing for Couples

At the 2014 IACSAS Redeeming Sexuality and Intimacy Conference, couple’s counselor Dorit Reichental made a profound statement. She said that treatment models that tell the addict to “stay on his side of the street” and the partner to “stay on hers” are harming the marriage.

Most of the groups and therapists who practice the “you stay on your side,” model also teach that all wives are co-dependents. This assumption alone tends to push couples apart and cause them to do things that are unhelpful for the marriage… as well as their individual healing.

For example, sex addicts have a tendency to blame others for their issues. “My wife is a demanding nag who has no right to ask me to…” is not an uncommon tune for the sex addict to be singing early in recovery. Does it help him to have this message reinforced by his group or therapist? Does it help his wife? The marriage?

One of the respondents to the 2014/2015 Survey certainly didn’t think so. She said, “The SA/SAA world put my husband on an opposite team as me and all of his ‘boundaries’ were creating more destruction in my life. Their demand for ‘privacy’ was, for me, another version of secrecy — e.g. sending pictures outside the SAA meeting place to prove he was there was, per the SAA group, ‘relapse behaviour.’ For me it was knowing that he wasn’t lying about going since this was what had happened before.”

This woman was asking for a level of transparency that would allow her to feel safe and help to rebuild trust in her marriage. However, her husband’s 12-step group (operating under the assumption that she was being a controlling co-dependent when she asked for transparency) encouraged him to refuse to accommodate her. They encouraged this man to continue being secretive… a key part of the sex addict pathology.

Sex addicts naturally tend toward certain erroneous perspectives. A couple of these include, “I’m the center of the universe” and “women are objects whose purpose is to serve me” (a.k.a. misogyny). Support groups/counseling models that tell him that that his wife is being co-dependent, when she’s conveying her hurt or looking for transparency, only reinforce these perspectives.

Thus, support groups often unwittingly give the addict a means to continue his poisonous thinking. Moreover, many addicts are encouraged to use the “co-dependent” label as a means to control their wife when she does things he doesn’t like.

Controlling another person… Where have we heard that before? Oh right… it’s one of the definitions of “co-dependent.”

Discussing this idea with long-time experts in the SA treatment community, I've been told that in many cases it’s the person with the addiction who displays more co-dependent traits.

Intimacy: the Source of Relational Healing###

As I argue in Beyond Betrayal, intimacy (the non-sexual variety to begin with) is the surest path to full recovery from sex addiction… with all of its false beliefs and destructive thinking and behaviors. Considering most experts refer to sex addiction as an “intimacy disorder,” this isn’t so surprising.

Intimacy with God, and then others, requires no secrets, no lies. It requires we be fully known and vulnerable. It requires that the addict, who brought secrets and lies into the relationship, usher them out again. Through transparency. Through “turning the other cheek” when we are driven by our trauma. Through Christ-likeness.

For many wives of sex addicts, intimacy seems far off. For some it is impossibly so. Let’s remember that there is Another who invites us into intimacy. He is the Truth and He made himself completely vulnerable for the sake of our relationship with Him. All our earthly intimacy is a breath and shadow of the intimacy He wants us to begin experiencing with Him even now.

My prayer is that you find the kind of support that promotes your intimacy with Him and other safe (and becoming safe) people in your life. 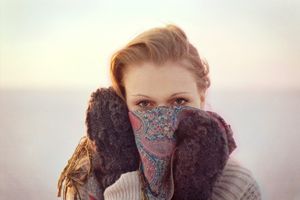 The Wife is to Blame ?