In the last few posts we’ve looked at where the co-dependent label is off, and what the factors are that cause co-dependent traits (when the label is closer to the mark). Today I’d like to look closer at why many of our support groups are labeling wives as co-dependent: and why that just isn’t helping.

Why Wives of SAs Look Co-Dependent###

As one psychiatrist has written: “The problem with the common definition of co-dependency is that the definition is so broad that a majority of people could be defined as co-dependent.”

As mentioned last week, some of us do struggle with co-dependent traits. This occurs for very good reasons, including that fact that co-dependent behavior is often encouraged in our Christian culture. Still, while we might have some of the traits it would be a minority of us who fit the full “co-dependent” profile. Even if we do, that doesn’t have to be permanent situation.

The overly broad definition of “co-dependent” is part of the reason it’s so easy to assume that everyone in a relationship with a sex addict must be co-dependent. And since one of the hallmarks of the co-dependent is exerting control over others, wives of sex addicts generally tick that box for the co-dependency police. This is particularly true in the early days after discovery when, as Dr. Barb Steffens explain, we become “obsessive safety seekers.”

The Wrong Approach for Wives###

Wherever we fall on the co-dependent spectrum (no traits, some traits, up to our eyeballs in traits) some of our “support groups” aren’t helping us… despite their emphasis on co-dependence.

The reason for the failure of their approach is aptly summed up by one of the 2014/2015 Wives of Sex Addicts survey respondents (who I quoted in the first article in this series):

“The co-addict model kept saying, ‘pick your own self up by your bootstraps and get over it. Get over yourself!” I couldn't figure out how to pick myself up, nor could I find my bootstraps. And how do you begin to “get over’ a catastrophe that you supposedly helped to create and are now suffering the consequences of. It was more than I could bear...”

This plea, from a woman who spent seven years in a “support” group that worked out of the co-dependent model, gets to the heart of the issue. Even if you are co-dependent, there’s no amount of behavioral change you can make that’s going to heal you. Putting yourself under the power of people who tell you, when you respond in normal ways to a terrifying situation, to “pull yourself up by your bootstraps” is simply exchanging one abuser for another.

In Beyond Betrayal I quote sexual addiction counselor and author Jason Martinkus as saying (about controlling behaviors such as spying/snooping) “Many recovery circles call this codependency or co-addiction. But I don't use these labels. While a ‘co-’ state may be present to some degree, such labels can be applied usually only later in the process. In the beginning, it is too difficult to distinguish between self protection and codependency.”

While true co-dependency might (or might not) be unhealthy, protecting ourselves while living with an addict isn’t.

Some better ways to deal with our initial, negative (though very natural) emotions and behaviors are:

Some ministries I recommend, because they use the better approach, are:

Of course, the journey God wants to take us on is one where He becomes our refuge… fully. In other words, our emotional safety is found in Him.

I realize this may feel impossible initially. However, I know many veterans of this journey who have come to find peace, stability and safety in Him—not their marriage. Not their husband.

That doesn’t mean turning a blind eye to his acting out (or in). Protecting ourselves with healthy boundaries/consequences allows us to stand up for what we believe in. It allows us to prove to the naysayers that we are not “co-dependents”—we’re just dependent on the One who is drawing us ever-deeper into wholeness.

Next week, I’ll look more at why the “wives are all co-dependents” stance is also the wrong approach for couples/ the marriage. 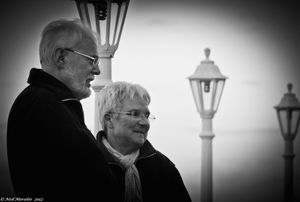 "Co-Dependent:" Not Healing for Couples 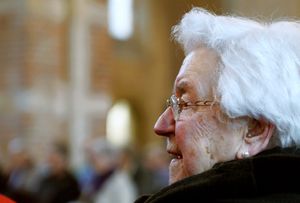