The way some people use the term “co-dependent” you’d think there was hardly a worse label that could be applied to a person. Mass-murderer, baby-seal-killer… co-dependent.

However the fact is that many, many people have co-dependent traits at some point in their adult lives. In the Compassion movie I mention that Christians and older women, in particular, often have such traits… and for a very good reason. They have spent years immersed in a culture that values characteristics such as sacrificing oneself, serving, loving, gentleness and meekness: most particularly in women.

Dr. John Townsend, the man who literally “wrote the book” on boundaries many decades ago has said that understanding boundaries was something that Christians were desperately in need of.

“We discovered that many Christians had no understanding of what the Bible teaches about personal responsibility, especially where it ends and where it begins. Although they had learned a great deal about giving, caring, loving, sacrificing, and forgiving, they had little understanding about other significant issues — what they should and should not take ownership of in a relationship, what choices to fight for, and how not to enable toxic patterns such as addictions, sin, and abuse.” (J Townsend, Beyond Boundaries)

To Enable or Not to Enable###

Fighting back against wrongdoing has been a common cultural practice for those of us who grew up in the 1970’s and later. For earlier generations it was practically unheard of. Thus, when I asked my mother – an addictions counsellor of 30 years – if she had noticed co-dependency more commonly in certain demographics she didn’t a hesitate a moment before saying: “Definitely. You see it in women my age all the time.” (My mother is in her early 70’s). When I asked her “why” she thought that was she replied: “It’s because women of our generation can’t distinguish between ‘my marriage is a failure’ and ‘I’m a failure.’”

This was what I felt I’d also been hearing from survey respondents. The amazing Fonda is an example of a woman who struggled against this false belief for years (see Compassion: Part 3 Co-Dependent?). Though younger than my mother (I find that women aged 60+ struggle with this lie) she was still raised in that culture. Moreover, she was a Christian woman, and as such, had been told time and again that:

However, Fonda is also a brilliant example of how any woman – however co-dependent-promoting her cultural background is – can be given the love and support to make healthier choices for herself.

Other Factors in Co-Dependence###

Wives of sex addicts often appear to exhibit co-dependent traits (i.e. they lack boundaries or fail to follow through on consequences) for reasons beyond their cultural or religious background. Some of these include:

Thus, co-dependent traits don’t arise in people because they are "weak.” Rather they are the result of a complex combination of external and internal factors. This is true whether we are talking about the spouse of a sex addict or the addict him/herself.

Next week, I’ll look more at why the co-dependent approach to working with wives of sex addicts just isn’t doing it for women… or couples.

Enjoy one of my favorite songs about community. 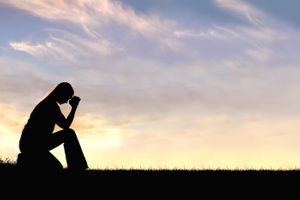