My dear friend, Marcella Burns, has said she used to be the "queen of bitterness" (not surprising given the enormous story of betrayal that rocked her whole family). However, God has walked her through an incredible journey of forgiveness. I'm pleased that she can share some of what she's learned on that journey over the next few weeks.

The concept of forgiveness is very personal and I have found that there are many misconceptions about forgiveness, and because of this, the subject causes many discomfort.

If you have been betrayed by someone you love, it is natural to feel that forgiveness is not only impossible, but unwise. When I realized the depths of the betrayal perpetrated by my husband of 30 years, the father of my nine children, I did not see how forgiveness would ever be possible.

As a Christian, I was aware of many scriptural injunctions to forgive my enemies, and this produced some very negative and frustrating emotions. I felt boxed in, unable to do what God had said we must do. I wasn’t even sure I would be able to “forgive God” at the start of this journey. I felt He must have completely abandoned and rejected me to allow this to happen in my life (I recognize this as a lie now). Instead of just ignoring the subject, I decided to study forgiveness from a clinical viewpoint, and avoid my emotional responses until I was able to gain more clarity on the subject.

The Study of Forgiveness###

Since I was a student in a Christian counseling program, I looked first to the counseling community for resources. I found a study done by the Human Development Study Group at the University of Wisconsin-Madison on forgiveness.

Under the leadership of Dr. Robert Enright, PhD., former president of the APA and a licensed psychologist and professor of psychology at the University of Wisconsin-Madison, this group embarked on a scientific study of forgiveness by applying rigorous, systematic, and objective procedures to evaluate the clinical benefits of forgiving. The study was very successful, and in 1994, the group began a non-profit group, the International Forgiveness Institute to help others understand the process of forgiveness. These scholars developed a Forgiveness Therapy process model that suggests a specific series of steps to help one person forgive another if they choose to. Their studies have shown that many have found freedom from wrath, resentment, bitterness, and other self-destruction behaviors through following the forgiveness process.

They tested their theories on a variety of subjects: incest survivors, rape victims, Holocaust survivors, prisoners of war and others. In every case, those who were able to forgive improved their psychological health, and those who did not, either stayed the same or became worse. After each study, members of the “control group” were offered an opportunity to go through the forgiveness process. Those who did also saw an improvement.

The International Forgiveness Institute scholars first had to define forgiveness. They reviewed writings from religions, philosophy, and literature, but found few definitions. We will use the following definition for this series: “Forgiveness includes the relinquishment of resentment or revenge — even though the wrongdoer's actions clearly deserve it — and instead of giving the offender what they deserve, giving them gifts of compassion, generosity and appreciation or benevolence.”

In other words, when people forgive, they give up their right to anger and give to their offender a gift to which he/she is not entitled. Depending on the weightiness of the offense — and the span of time that the offended person has lived with, and possibly denied, the damage caused by the transgression— forgiving may be a lengthy, challenging, and agonizing process.

Forgiveness: What it Isn't###

There may be other reasons the offended person may be reluctant or averse to forgiving an offense. Sometimes the offended person experiences auxiliary benefits from playing the role of the victim. They may get attention from having been offended, or they feel they are better than the offender “I would never do such a thing!” or they may experience a release from emotional pain or depression by harboring resentment. Sometimes the offended party genuinely attempts to forgive their offender, but because the offense triggers other, prior offenses that have not been forgiven, they find themselves back in the original state of unforgiveness.

In a future post, Marcella will look at the steps involved in forgiveness, as determined by Enright and the study group.

Marcella chose today's song -- saying "I used this song on repeat and listened to it hundreds of times." 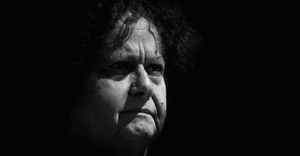 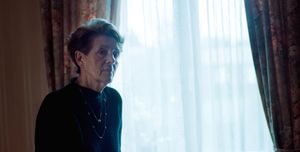