Those of you who have read Beyond Betrayal know something of mine and my husband's history with polygraphs. The short version: not good.

However, since doing a little more digging around — talking to therapists who use them regularly, for example — I've changed my thoughts on the use of polygraphs for couples where there has been sexual betrayal. Well... I've changed some of my thoughts.

At the time of publishing Beyond Betrayal I was already aware of other men who had failed polygraphs... only to pass them later, on the same questions. Since then, I've become aware of more such cases. Here are some of the common factors I've heard of in those cases:

Our first, traumatic (for both of us) attempt at a polygraph ticked all three of these boxes — despite the fact that the polygraph was entirely my husband's idea and he was really keen to do it to "rebuild trust."

After a few months of recovering from that experience, where he was very much "treated like a criminal" (including being taunted and mocked by the examiner), he offered to try again.

Why the next test came back inconclusive is not as clear, but here are some factors that may have influenced that fuzzy result:

Because that test came back inconclusive she offered to do a third test for free. She felt uncertain of the results of that test as well, so she sent the results back to her teachers. They decided it looked more like a fail than a pass.

We have also since learned that there are "two schools" of thought under which a polygraph technician can be trained — one that says "it is more important to err on the side of a false "fail," and thus catch every criminal (along with a few non-criminals); and the other that says the opposite: it's better than the odd liar get away with it than any innocent person be called a liar."

When it comes to work in our field (if not every field), we want polygraph examiners trained in the latter school. We also want examiners who understand that the purpose of the polygraph in disclosure is not to "catch him being a liar," but to assist in the process of a man "coming into the light." The latter attitude will feel far safer for a couple navigating disclosure.

The surest way to make sure you have the right polygraph examiner, trained in the right school, is to work with a therapist/team who have an examiner they use regularly for disclosure.

Next week we'll look a bit at how polygraphs can help, when they harm and... I'll give you the new ending to mine and Michael's polygraph story.

For now, you may find it helpful to watch/re-watch this interview I did last year with the lovely Ella Hutchinson. 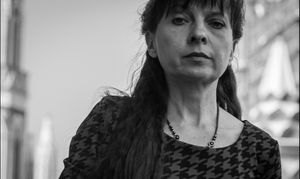