The Bible and Divorce

Last week I opened up the discussion of how “biblical scholarship” is often used to tell women in very bad situations that they can’t divorce their husband. The kinds of bad situations I have in mind are:

For centuries there have been those who held that only “adultery” (defined as a man’s penis going into the vagina of a woman who was not his wife) was a “divorce-able offense.” In fact, over the course of history child molesting was at times overlooked by clergy because… hey, “it’s not adultery.” Of course those excusing this heinous sin were, too frequently, participating in it.

Thus it’s easy to see how interpreting the bible can become twisted by personal bias. I believe that all scholarship is inherently biased. From the arts to the sciences – we all bring our crooked, self-interested lenses to bear on what we are studying.

Biblical scholarship, however, is particularly tricky. God challenges us, corrects us and loves us through scripture – but let’s be honest, sometimes we really don’t want to hear it. This got the Pharisees (those guys studying the bible in its original language – a language designed to convey the complexities and mysteries of God) into a heap of trouble. It’s still getting scholars into trouble today.

Fortunately for us, many of the people of Jesus’ day – semi-educated men and completely uneducated women – decided to ignore some of what their bible scholars were telling them. If they hadn’t, there would be no Church today.

Last week I commended Luke Gilkerson on his thorough scholarship around the Greek term “pornei” (translated “adultery” in most English bibles). However, today I’ll admit I was a little disappointed by his reaction to the comments he got on his article.

Gilkerson did not, in all cases, hear their hearts – and take their ire gracefully (which, in the past, has been one of his strengths). Rather, to one woman who said she was so glad she’d listened to God about this, and not people like him, he pushed back and questioned the whole idea of hearing from God.

Reading that depressed me. For one thing, it depresses me that a sound bible scholar would even suggest that the scriptures (written by people who were hearing from God) are the only way God speaks to people. There are so many books out there about how to communicate with the God who now indwells us that’s it’s difficult to think “hearing from God directly” might be a new concept to anyone. On my current “to read” lists on this topic are Translating God by Shawn Bolz and Hearing God by Dallas Willard.

However, I was even more sad at what looked to me like spiritual abuse being heaped on an already abused sister. Undermining our intuition and our ability to discern God’s voice (already very difficult when we are traumatized) is a form of gaslighting. It’s a tactic many of us have already had used on us. It’s one of the forms of emotional/psychological/spiritual abuse that addicts (especially of the Christian ilk) seem particularly fond of.

To that angry, hurting woman I would say: I hear your tremendous pain. Please don’t let any man turn you off of God… or even his love letter to us: the bible. I’m so glad you took this issue seriously and pursued it with God. Good for you for doing the super hard thing of leaving an unrepentant, porn-addict spouse. May it lead to healing for you… and even for your husband.

Next week for the conclusion of this series on biblical divorce we’ll look at wives' responsibility in all this. 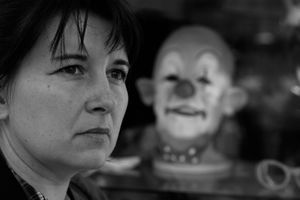 Not Grounds for Divorce?