In this second part of the “stinkin’ thinkin” series I’m going to look more at the issue of the husband blaming his wife for his addiction. Last week we discussed the issue of men and women believing the lies of pornography: lies such as “she needs to be your personal prostitute” and “you (women) need to be hot to keep your man.”

Today I’d like to look more at the issue of triggers to acting out. Those of you who have been on this journey any length of time are probably already aware of the addiction cycle, which starts with a trigger and ends in acting out and shame. Shelley Martinkus gives an excellent overview of this cycle, and its root causes in the first chapter of her book Rescued.

Understanding his cycle can be a very valuable tool for the sex addict in recovery. However, far too often I’ve heard the husband say (of his latest acting out), “My wife triggered me.”

How does a wife (purportedly) trigger her husband? Husbands report a number of things from, “she got angry at me,” or “she shamed me” to “she rejected me.”

Now, most Christian men, when you sit down with them (though frequently this takes an outside party) will admit that this thinking isn’t completely rational. God says we are each of us responsible for our own sin. No one else “makes us sin” – particularly when there is no coercion involved. They understand that. They understand that acting out was a habit they cultivated for years… and their wife had nothing to do with it. Even if she “went along” with the addiction at some point (i.e. momentarily swapped her princess identity for the prostitute one – see last week’s post) she didn’t cause the addiction.

Nevertheless, the rejection, anger or shame — that originated with his wife’s (natural) response to him — feels like it “caused” this latest acting out. Knowing she’s not to blame, and it’s his choice to sin, doesn’t help a lot of addicts in the moment. Why not?

I was pondering stinkin’ thinkin’ recently when God brought a new video series my way. The series, by Dr. Karl Lehman – founder of the Immanuel prayer technique – explained the concept of multiple belief tracks. If this topic interests you (or the addict in your life) I highly recommend getting the DVD for yourself. To summarize, though – people are capable of holding contradictory viewpoints simultaneously.

How it often works for many of us is this: there’s stuff we know. This is the stuff we’ve learned and believe is true. It’s information that sits in the “filing cabinet” in the left side of our “thinking brain” – where we do our cognitive processing. Then there’s things that we’ve come to believe because of traumas we’ve undergone. These beliefs are often tied in closely with our feelings and are stored in the limbic/feeling area of our brains. Trauma-based beliefs tend to “feel” very true even if cognitively we know they probably aren’t. An example of a trauma-based belief might be, “you can’t trust men” or “it’s dangerous to show your feelings.”

Thus we can have parallel belief tracks… holding contradictory beliefs. However, our trauma-based belief tracks tend to only rear their heads when we are triggered – that is something reminds us of that original trauma.

In Rescued, Shelley Martinkus writes: “Almost all the time, at the core of the onion for men struggling with these sorts of behaviors is a core belief that they are unwanted and unloved.” These feelings are probably associated with certain childhood traumas: either traumatic events, or an ongoing deficiency of love, etc. These traumas can be triggered (by their wife or anyone else) and when they are – the trauma-based belief arises, the addict looks to self-sooth, and the person who triggered the trauma-belief will be blamed – even if was not their intention to communicate that the addict is “unwanted,” “unloved,” “rejected,” etc.

There’s a further complicating factor for many addicts, one that Lehman refers to as the “external locus of control” issue. I’ll explain more about this next week… and look at how these two issues can be resolved in the addict.

In the meantime, understand that God desires to replace trauma lies with His truth. Connecting with God and meditating on His unchanging love is one of the best things any of us can do to heal. 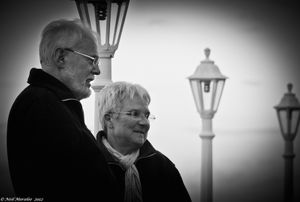 Stinkin' Thinkin': Others Are Responsible 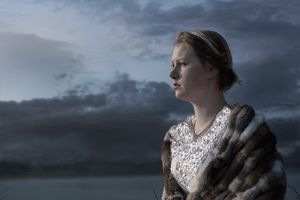 His Addiction: My Fault?