I originally published this series of posts on the unique challenges of being an older/younger PSA (or betrayed wife), the week I turned 50 (going on a few years ago now). I now conside myself to be "an older PSA" though my PSA journey, part 2 (with my second husband) actually began when I was 41. I would love to hear more from community members about the challenges they and others they know in their demographic are facing as a PSA. Age is something I will be speaking more on in the weeks to come, once I start sharing the results of my study on domestic violence in the lives of PSAs. Stay tuned for more on that next month.

Yesterday, I was talking to a friend on this journey, who turned 60 recently. She was lamenting that as a young woman, when she was considering her now-husband as a potential mate, one of the things she asked herself was whether she could comfortably grow old with this man. She placed a high value on being able to feel good about herself as she aged and was looking for a mate who would support that identity.

As much as we might be at peace with our body and how it looks prior to discovering his betrayal, very few of us walk away from that discovery with that peace intact. In the 2015 body image survey I conducted with Marsha Means (Circle of Joy) and Donna Meredith Dixon (A Door of Hope), 96% of our respondents admitted their body image had been negatively impacted by the news. Of the 4% who did not report this: other answers indicated that they were younger women (early 30's and younger).

As one older woman put the problem: I know I can't compete with someone who could be my grandchild and shouldn't try, but something keeps telling me this was all my fault.

Donna Meredith Dixon (a gorgeous daughter of God in her early 70's) replied:

"Moving through the pain to discovering our way out of it is a process. It will look somewhat different for each of us based on our personalities, histories, and the type of support we receive along the way.

Mine included practicing self-talk… using phrases and concepts that I receive as God-breathed to help me move continually toward being emotionally and spiritually healthy."

What is the truth about our/our relationship(s) with someone who betrayed us with their sexual behaviors? The truth is we didn’t cause his struggle and we can’t control what he thinks, feels, chooses, or does.

The truth is also that we can stop the negative self-talk by acknowledging the falsehood, and then each time we start to go down that dead-end street, remind ourselves of the truth [about ourselves]. That’s hard work. But instead of telling myself I can’t do it, I pray, 'Lord, I don’t know how to do this, but You do… so teach me.' Doing that type of hard work enriches all our relationships, not just the one with our spouse/partner."

Another practice that I (Lisa) have found helpful in the body image battle has been asking God to help me see the women around me as He sees them. It didn't take long after initiating this before I was seeing the radiant inner beauty of the more mature women around me outshining the physical attractiveness of the young, but often less mature women. It can be easier to see others' beauty, so starting there, seemed like a natural first step to being able to accept the truth about myself.

What is the truth? That we are eternally, uniquely beautiful. Moreover, that beauty becomes more evident with maturity (i.e., moving toward Christ) not less: whatever our youth-obsessed, sexuality-worshipping culture may say. Ironically, the demons who initiated and perpetuated the lies of that culture doubtless think all of us (created-in-God's-image) humans are ugly, and all the more so as we become transformed into His image.

Our older betrayed women are vulnerable on other levels as well. Financially, many of them do not have the means to live independently, and if they are left by the SA, they are often facing a sharp plummet in their standard of living. I've even known PSAs to consider living in their cars, and one of them (here in New Zealand) had to live in a tent for a time. I would love to see the church begin to make safe, affordable places for PSAs and their children to live—but I haven't seen a lot of people catch this vision of "true religion" (James 1:27) yet.

Moreover, the culture in which many of our older women were raised (and the circles they are still in) may not support her having boundaries. This culture often promotes "co-dependent" traits, and can mean that our older partner is more likely to be ostracized for protecting herself.

However, increasingly as the word gets out about betrayal trauma, God is making safe spaces—virtual (like this one) and real—for our "new widows." If God puts it on your heart, please join Donna and I in praying for our older betrayed wives, as well as the churches and ministries that support them (like A Door of Hope and Beyond Betrayal). 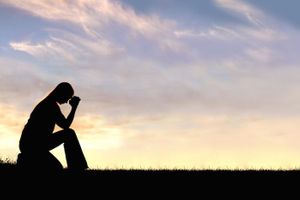 DARVO: What it is and How to Get Out