Ok, back to “him." Some recovering betrayers have “classic” addictions such as alcohol, drugs or gambling. However, for many they have been sucked into more subtle and socially acceptable addictions: work, his phone, certain forms of entertainment (sports, movies, games, music), the news, food, etc. See this video for more on socially acceptable addictions in the Western world. Now compared to sexually acting out, excessive time spent in these pursuits may not feel like a big deal to you. It almost certainly doesn’t feel like a big deal to him. But should we be concerned?

Back in 2005 Patrick Carnes (the grandaddy of the sex addiction field) wrote in a paper called Bargains with Chaos: “clinicians have long noted that sex addiction was woven into an intricate web of addictions, compulsions, and avoidance strategies… [it is] negligent to think that the resulting chaos from each does not compound the problems of the others.”

He discusses in this same paper the idea that how one accesses a high is less important than the neural pathways of the addiction. In other words, the brain isn’t all that fussed about how it gets its dopamine hit… so long as it gets it. And each time it gets it, the neural pathways of addiction are strengthened, leading in time to the impairment of healthy brain functioning, and changes in one’s personality – changes that are less than desirable. (see The Biology of Desire, for more on this).

Reversing these brain changes requires, amongst other things, being sober from addictive behaviours… all addictive behaviours, ideally (sorry coffee, it’s true). Now, it may not be possible or even advisable to try and go “cold turkey” on lesser addictions while giving up a major (high dopamine) addiction. However, once sobriety is established in the main area, if there’s the sense of being “stuck” – i.e, personal and relational growth isn’t really happening – or if another addiction has escalated, it’s time to start work on the others as well. Simultaneous “deeper” addiction work that gets at addiction sources (e.g., wounds, lies, lack of capacity to tolerate negative emotions) will help in this process.

I’m aware of a number of couples where the wife is trying to bring another addiction (or a series of them) to the attention of her recovering SA husband. With most of these couples, his response has been less than enthusiastic. Nevertheless, I hope husbands can quickly come to see that their wife is doing them a huge favor in pointing out other areas of addiction. Coming to see all of our “false refuges” from anxiety, depression and other negative emotions is a must for coming to a place of wholeness.

Since I’ve spent a good deal of time in this post talking about socially acceptable addictions, I just thought I’d end with some thoughts on this theme for the Church. I’ve already written about how sex addiction has long been a stumbling block for God’s people. Recently as I was reading the book of Judges I was struck by the nature of Israel’s journey away from God.

At times they seemed to just chuck him over entirely and start worshipping the Baals (and when you worshipped Baal or Ashtoreth, you got some pretty wild sexual acting out opportunities… good news for budding or entrenched sex addicts). However, even when they came back to God, it looks like they often just combined the sex/religion thing with God’s ways. Hence, we have:

Now, it looks like the Israelites were not keeping family size down – so perhaps they weren’t sacrificing the "excess" babies from all this sexual acting out. And perhaps, they figured that was close enough to following God. However, it looks like sexual behaviours outside of God's "1 man: 1 woman"  marriage model was firmly entrenched in the society. The result was inter-family conflict (Judges 9), inter-tribal conflict (Judges 18), unofficial sacrificing of women (Judges 19,) and escalating sex addiction into group rape and murder (Judges 19).

There were other ways in which Israel adopted the practices of the society around them. What it lead to was a very costly, everyone “doing as they saw fit.” As we consider our addictive Western society – with its thousand and one ways to self-medicate the pain, anxiety and grief of our fallen world—can we see any ways we are behaving like Israel? Are we combining the worship of God with the worship of sexuality, or other “gods?”

God’s pain management plan for us was connection with him first, and then with others with whom he meant for us to be in connection: spouse, family, loving friends with godly wisdom. Can we allow Him, the source of life and truth, to point out where we need to step out of the world and stop conforming to its pattern (Romans 12:2)? Standing Against the Juggernaut 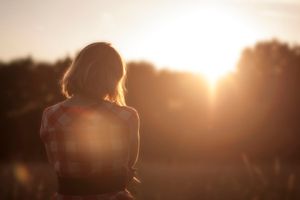