Last week we looked at some of the experiences faced by older wives/partners of sex addicts. Today I'll look at some of the common challenges I see younger PSAs facing.

In my generation, the culture, for the most part, says that there is something unhealthy about sexual addiction behaviours—at least where there is sexual infidelity as well. In most Christian circles many of these behaviours are also seen as morally wrong.

However, our younger PSAs live in a different culture—an "anything goes as long as it's consensual" culture. Of course, "consensual" doesn't mean that the partner has agreed to it, just that he and others have. "It was consensual" also fails to take into account that women are often emotionally blackmailed by their spouses/partners to participate in sexual behaviors (often porn-inspired) that they themselves are uncomfortable with, and may be harmed by.

The prominence of social media in the lives of younger PSAs (yes, and some older ones) means "likes, dislikes and virtual "friends" are becoming primary drivers of young people's choices. However, when permission is sought (from the virtual masses) to leave an SA, our younger women are often facing a barrage of criticism... because "all guys do that." Often it's not until our young women reveal his slide into illegal activities that they can expect any support for boundaries from their culture. (Alternately, they may be pressured to "just leave that rat bag" by those who know little of the story and will not have to bear the consequences.)

Even in Christian circles this kind of thing is happening, and our younger PSAs may feel unable to take a stand against what's going on in their own bedrooms: unhealthy, frequently abusive, sexuality... and all the baggage (e.g., other forms of domestic violence) that come with it.

The culture of the younger generation minimizes sexual sin and abuse, rationalizes and justifies it—but blames the main victims (spouses/partners) if they dare to speak up about it.

How terrible it will be for pregnant women and for nursing mothers in those days. —Matthew 24:19

I am particularly mindful of the impact that discovery or disclosure (a traumatic life event) can have on a pregnant/lactating woman's health—as well as her child's. The ongoing stress of living with an SA, as well, can be physically debilitating for PSAs in this vulnerable place.

Moreover, it's not uncommon for women with young children to be financially dependent, or partially dependent, on their spouse. Really, throughout our lifespan, we women tend (this is admittedly a generalization) to be more financially vulnerable once we leave our parents—especially if there's no possibility of going back. This is even more so the case for non-white, and/or non-middle-class women.

Even those younger PSAs without children may find themselves facing a child-related crisis after discovery/disclosure of their husband's addiction. In such cases, the question is usually: "do I start a family with this man? Can I trust him to be supportive when I'm at my most vulnerable, considering how he's betrayed me already?" These types of questions do not resolve overnight and our young women may find themselves growing older with an SA and fearing that if they don't take quick action, there may never be any children for them. For some this fear may become reality.

One of the issues I see our younger women struggling with is whether or not to just cut their losses and leave... because after all, there aren't any guarantees he's ever going to get better.

While it's true that no one can predict whether an addict will every fully get free of his addiction—and to what extent the related issues will be healed—women can learn how to look for the signs of good recovery. However, the recovery road is a long one and it is certainly not linear (I like Shelley Martinkus' "spaghetti" illustration of the recovery journey). The length and messiness of the journey can be very trying to our younger women, especially if they don't have support.

However, the alternative of "jump ship now while it's relatively easy" and find another man frequently leads (as it did for me) to ending up with another addict. It is only in engaging her own recovery process, with God and others, that women gain the healing and knowledge they need to make better choices for their future. A future that may, or may not, include their current husband.

The information in this two-part series, is obviously a bit of a generalization. There are many younger women who feel devastated in the area of their body image after discovery/disclosure (not surprising given their image-focused culture). There are older women who still have dependent children (albeit, older children), which continues to make them vulnerable. Thus, women of various ages may be experiencing the things I've discussed in either post—or not.

Whatever our current struggles, due to our husband's sexual addiction, there is a God who sees, knows and feels our betrayal pain with us. He can lead us through these massive challenges to a place of healing and growth. Often he will do that with others, though. Thus, if you need to find more people to connect with, please check out our resources links.

Happy Thanksgiving to our friends in the U.S. Though it is not an official holiday everywhere, practicing thankfulness is a very healing discipline so I encourage everyone to spend a bit of time today meditating on the "good" they see around them and letting gratitude well up. 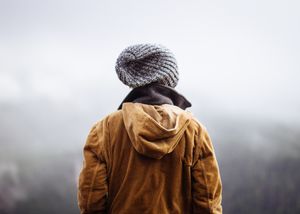 Managing Emotions (With Our Peeps)