Not Such a Stretch

So what are they learning in class? A study in 2013 by the UK Children's Commissioner stated:
"We found compelling evidence that too many boys believe that they have an absolute entitlement to sex at any time, in any place, in any way and with whomever they wish. Equally worryingly, we heard that girls feel they have no alternative but to submit to boys’ demands, regardless of their own wishes.”

Moreover, because children/teens often have less understanding of the normal workings of the human body, girls are frequently showing up at doctors with profound injuries acquired as boys tried to "act out what they've learned" on them. One local doctor in New Zealand recently expressed that she's been horrified by the number of young girls requiring reconstructive surgery because of the dangerous sex acts performed on them.

Internet pornography is creating a culture that glorifies rape and other types of violence against women.

Sexual Violence and Beyond###

With each of these narratives, though, there was also a story of surviving. Of breaking free of the abuse. Yes, that meant leaving the relationship (most cases). It meant ugly court battles (some cases). It meant coming to a domestic violence weekend to talk, and cry and pray.

But each of these amazing women is moving forward. Even the ones who don't yet walk with God. It's a story that's taking place all over the world. As one of the 2014/2015 Wives of Sex Addicts survey respondents stated:

My quality of life has improved since separating from my husband in many ways... I do not live in fear that he will be angry with me or that he will look at pornography or cheat on me or drink too much. My life is calmer and more stable... It has been a long journey, but I am so glad I am here now. 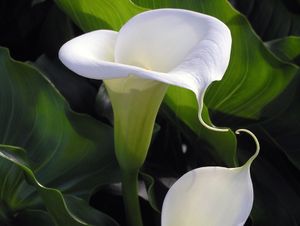