How to Stay (and not lose your mind) part 2

Last week I introduced the idea that "seeking first the kingdom of God" might be key to surviving life with a recovering sex addict. In that post I discussed how "seeking him," might not be so much about "doing things," as "being open to Him captivating our hearts."

This week I'll look a bit more into what "the kingdom of God" and "all these things will be added unto you" may mean.

The Kingdom of God###

Then Jesus asked, “What is the kingdom of God like? What shall I compare it to? It is like a mustard seed, which a man took and planted in his garden. It grew and became a tree, and the birds perched in its branches.” —Luke 13:18-19

What I've also been realizing as I meditate on this verse, is that "the kingdom of God," isn't just big ministry. It's not just church programs or Christian organizations. Sometimes the kingdom of God is going for a bike ride with my daughter, or harvesting beans with my son. Sometimes it's about serving an ageing relative when she's being demanding (and searching my heart while I do it, so He and I can weed out that which has nothing to do with His kingdom).

Sometimes the kingdom is having hard conversations I'd rather avoid (and holding on for dear life to Him). Sometimes it's confessing my sins, asking my sisters for prayer support and sitting down and letting myself feel the pain and fear (my own and others').

In other words, I'm beginning to think the kingdom is about relationship, connection, and intimacy (with God and others)—about transformation into Christ's likeness.

And All These Things###

I recently read an astoundingly good article on the treatment of women as a barometer to how God's people are doing with Him. Through Jephthah’s Slain Daughter, and the God of Life I came to see that when we seek "all these things" first (rather than God's kingdom and righteousness) we will try to use God to get those things our heart is actually set on. This is a perverse reversal of seeking first His kingdom and righteousness (and having these things added). The results, as the article's author demonstrates, are depraved and evil.

If our heart is truly set on Him, however (and not on getting these other things):

Thus, seeking first the kingdom and righteousness of God isn't about being a superhero, or sacrificing ourselves continually to others (who are behaving sinfully). Rather it's an amazing lifestyle that leaves us strong, grounded and able to better weather the storms of life with a recovering sex addict.

Next week I will be starting a series on separation and divorce, beginning with an excellent article I've been given permission to re-run by pastor and marriage advocate, Gary Thomas.

My favorite indie Christian band released a new instrumental album this week, with beautiful video accompaniment. Enjoy Be Still (no video in this version). 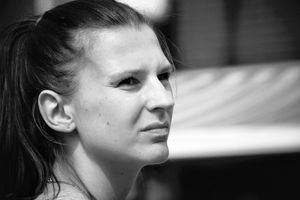 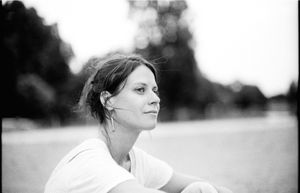 How to Stay (and not lose your mind)