‘I keep wondering when the next hammer is going to fall,’ said S, my support group co-ordinator.

That was the moment it struck me – she’s dealing with Post Traumatic Stress Disorder. I had yet to read Means' and Steffens', Your Sexually Addicted Spouse (which would confirm this thought), but I was familiar with the symptoms of PTSD. I’d spent the last six years living near a major military base (with troops being continually deployed to Afghanistan). PTSD was an often-discussed subject.

The History of PTSD

When Vietnam veterans returned to the US in the 1970’s, they were not welcomed as heroes – as many previous generations of veterans had been. This had been a controversial war, one which had taken place at a time when peace was considered the highest virtue.

Between the ‘shell shock’ — that results from witnessing war-time brutalities — and the indifferent, even hostile attitudes of those at home, many Vietnam veterans began to display unusual psychological symptoms. These symptoms included nightmares, flashbacks, anxiety, panic attacks, anger and depression.

It took until the 1980s before the psychiatric profession officially recognised PTSD as a distinct psychological disorder. The result was that war veterans (from various conflicts) gained sympathy and understanding. This new perspective would move, in time, beyond the professional mental health community and into the public at large.

Formerly wives of sex addicts (or unfaithful husbands) were beaten up by counsellors, and ‘support groups’ (not unlike the reception the Vietnam veterans received on returning home) who labelled them ‘co-dependents’ and even ‘co-addicts’.

Today, in the US, the word is finally getting out that wives whose husbands betray them often find themselves suffering the symptoms of PTSD. With the dissemination of that knowledge, we are beginning to find support, sympathy and encouragement to explore the best possible treatment models for our trauma.

However, most of the rest of the world is lagging behind the US.

98% of the nearly 600 respondents to the 2014/2015 Survey of Wives of Sex Addicts* say they feel they have suffered symptoms of trauma, PTSD or depression following their husband’s disclosure. If you are being told that you are crazy, controlling, a co-dependent or co-addict, think again.

There’s every possibility that you’re a wounded soldier, looking for support and affirmation.

Not that you and I are perfect. Not that we won’t have things to work on, in time. But for now, let’s start with the fact that we are deeply wounded, and frightened – possibly even terrified – as some survey respondents put it.

The purpose of this blog (and the book that spawned it) is to help promote women’s inner healing, in God, from betrayal trauma.

All are welcome in this hospital.

﹡This survey was conducted by myself in conjunction with Journey to Healing and Joy ministries as part of the research for the book, Beyond Betrayal.

Next week Donna Meredith-Dixon (who got swept up in some emergencies this week) will launch the first of a three-part series on the stages of trauma recovery. 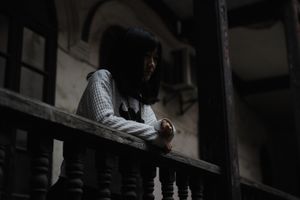