Over the next few weeks I'll be posting the answers to some of the questions sent in by members of the Beyond Betrayal Community. These questions are being answered by veteran therapists in this field, Richard Blankenship (president of IACSAS) and Barbara Steffens (president of Association of Partners of Sex Addicts Trauma Specialists, i.e. APSATS).

Questions that we will be looking at this month are:

Questions sent in that are not answered in this first series will be answered early in the New Year.

Thanks for asking this common and important question! I hear two things in this question: first, I hear a desire know what is real, and secondly I hear fear. Partners have learned to fear not knowing. It was the “not knowing” that set the scene for the destruction and impact of discovery. The greatest fear becomes not being able to know what is real or true, and so being vulnerable to being blindsided again. It makes sense that knowing the truth would be so important to a partner!

I’ve met thousands of partners through the years and what they know to be true is that someone they love and believe they know has the capacity (and history) of being deceitful. For most, this was not how they viewed or experienced their loved one. Finding out about lies and deceit can shatter a partner’s trust not only in the person with the addictive/deceitful behaviors, but in the partner’s own ability to discern truth and lie.

I always tell partners, “The fact that you couldn’t tell he was lying is not because you were naïve or didn’t have good intuition; you couldn’t tell because he didn’t want you to. It was more about his ability to lie to protect his secret than it was about you not noticing.”

In fact, in my research in 2005, women reported they knew something wasn’t right but when they attempted to check out their concerns, they were met with denial or blame. They experienced defensiveness or shock that the partner would even think they were engaged in anything wrong in the relationship.

A Life that Looks True

This gives us a clue as to one way you might know if he’s telling the truth: defensiveness, blame-shifting, and denial will stop showing up! His responses to you will reflect openness and a desire to be truthful. There will be a softness or vulnerability that is different.

Many partners describe their loved one during the time before discovery as “absent” or “distracted and irritable”- so much energy spent elsewhere left them unable to engage in their normal life and relationships. So imagine the difference when this person starts “showing up” again! They begin to engage, take part, and even initiate sharing. There is less energy focused on protecting secrets and more energy focused on being real.

So to sum this up, you’ll know he’s telling the truth when his actions match his words. This will become consistent over a period of time. He will be driven to integrity and away from deception because he knows his life and soul depend on it. This process takes time; it is painfully slow sometimes. But this is the process of restoration and recovery.

Psalm 51:10 “Create in me a clean heart, O God, and renew a steadfast spirit within me.”
This is the song of a true man.

As we are now in the Advent season our thoughts begin to turn to the One who came into the world full of truth and grace. The light of mankind. 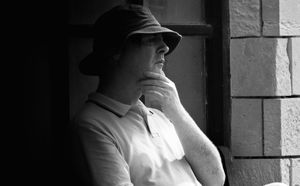