Last week, I worked on deconstructing some of the mistaken thinking in Christian circles around the role marital sex plays in preventing sex addiction. This has been part of a larger series on bad advice aimed at wives of sex addicts and those looking to help them.

This week I finish off this series by tackling the myth that if our husband is in recovery... THEN we definitely need to be having sex with him.

If she is refusing to meet that need in her husband, gently help her see that she is not loving him well and that she is likely making his struggle for purity more difficult. It’s not healthy or loving for her to use sexual intimacy as a punishment or reward for his current level of victory. [emphasis mine]

I have written more fully about the myth of sexual “need” and the “72-hour orgasm” myth in Beyond Betrayal. For now I’ll just say that despite the fact that women are frequently pushed (by counsellors, clergy and others) not to withhold sex from a husband in recovery, most feel that sexual intimacy with him is impossible in the early days. (And as it so happens, he can not only survive a period of abstinence, in many cases it's good for his recovery.)

As one wife put it, “it’s like they’re asking me to sleep with my rapist.” This woman is not alone in comparing the trauma of rape with the trauma of discovery of sex addiction in the marriage. I wish those who so freely dish out advice to wives of sex addicts would run it through the "would-I-say-this-to-a-woman-who's-just-been-raped" test.

Another woman who emailed me at the start of this series said:
The church that we are no longer a part of… used to ask about our sex life to make sure we were 'doing it' so that my husband wouldn't fail. But then I ended up having sex with my husband to please the church and to stop him from cheating. Sex became something I hated and that I was only doing due to fear of losing my husband. But it actually created so many more problems in my marriage. Thankfully we are out of that church and are slowly healing.

In my 2015 survey of nearly 700 wives of sex addicts, 72% of wives said they had requested a period of abstinence after disclosure. It’s a natural instinct for most of us. Trying to force a woman to have sex with someone who feels incredibly unsafe to her and who is the source of her overwhelming pain is:

Not to mention it may lead to her contracting an STI.

Sex is Not the Answer… Intimacy Is

To say betrayed wives "withhold sex" based on his recovery status is a twist on what's actually going on for most of us. If we feel unsafe... we're not going to be able to be intimate. If he's doing better in recovery, e.g. being transparent, not acting out, initiating emotional intimacy, maybe we'll feel safe enough to explore intimacy (all varieties) with him. Maybe.

Now, of course even if he's not safe, we might still be able to have sex with him. Many of us have tried just shutting down, fighting back the tears and maybe even dissociating while our husband “did his business.” But who really thinks this is what God meant when he said not to withhold our bodies from each other (1 Cor 7:5)?

Do we actually believe God cares more about our outward actions than what’s going on in our hearts? Does he not care that our hearts are being ripped apart by allowing ourselves to be sexually used? Is this really His purpose for sex in marriage?

I don’t think so. Jesus frequently talked about the fact that what’s going on in our hearts is of primary importance (Matt 15:18-20, Matt 5: 27-28, Luke 6:45). He wants us to love him with all our hearts and each other as ourselves… (Matt 22: 37). Love and sex are meant to be inseparable. Always. It's the highest form of intimacy, and as I spend a chapter explaining in Beyond Betrayal, intimacy (not just sexual intimacy) is one of the keys to the healing of sexual addiction.

Considering Paul’s many admonishments against sexual immorality (and not being partners with those who “do such things” (Eph. 5:6)), is it maybe just possible he wasn’t talking about our particular situation when he gave his “don’t withhold” injunction? Just maybe he was talking to two people who faithfully loved each other but somehow considered it their duty as Christians to abstain?

Women, and particularly Christian women, have been conned for years into believing that with enough sex, their husband will be faithful. When they find out this is a lie, is it any wonder many withdraw in pain?

With discovery many women realize intuitively that:

Fortunately, there is a lot of good help available for both the spouse with the sexual addiction and the one who is recovering from the pain of betrayal. If you, or anyone you know is looking for safe counselling or coaching, I'd recommend starting with APSATS. If you're looking for a group, try BTR or get in touch with Donna at a A Door of Hope who has this excellent resource page.

On a not completely unrelated topic: Coach Anne, of BTR, and I recently had a conversation about spiritual crisis in wives of sex addicts. You can hear that conversation here.

Whether or not intimacy with our husbands is currently a possibility, we have the "lover of our souls" ever-ready to connect with us. He's the source of all true intimacy.

Helping The Church Get it Right 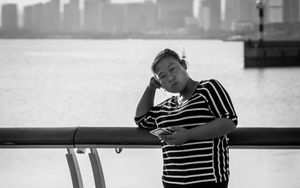 Stinkin' Thinkin'... on Sex after Betrayal